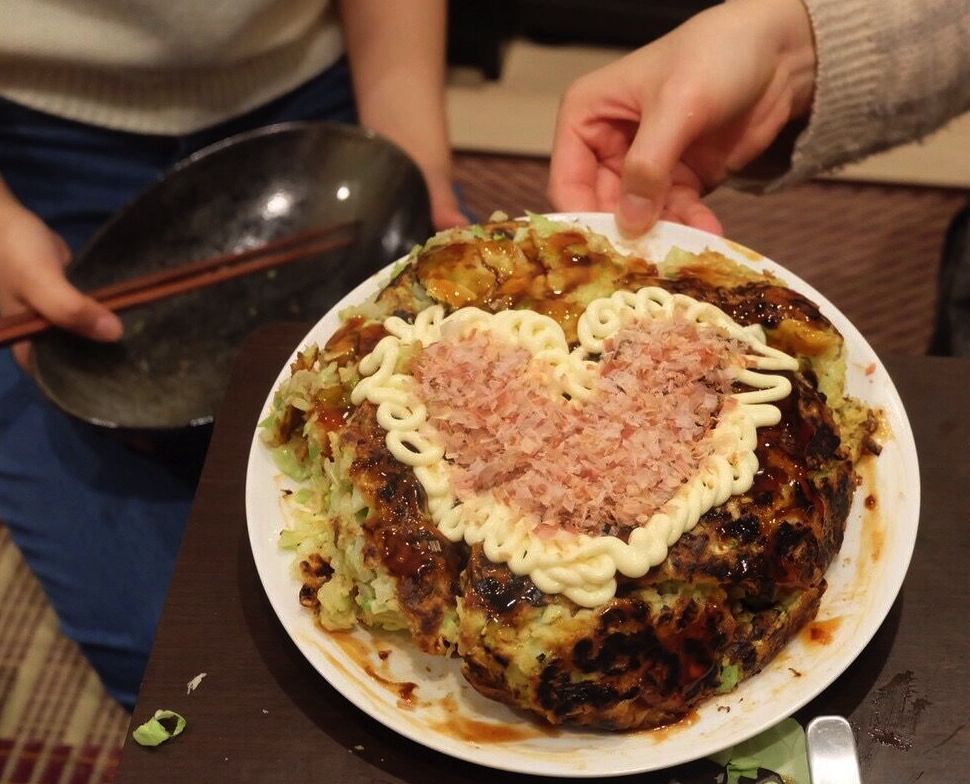 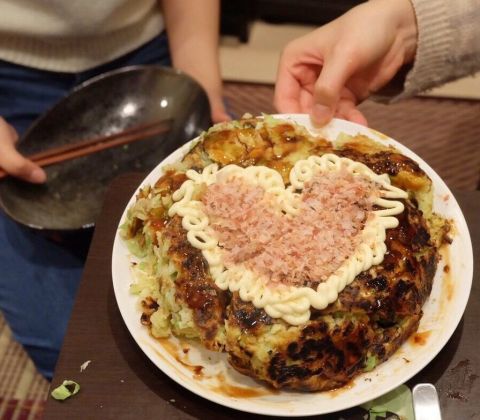 Let`s talk a little bit about the Japanese kitchen. As you already know, most of the typical Japanese dishes are based on rice (as a staple in the nourishing of Japan) and various kind of vegetables, fish, spices, sauces, and algae.

Since ancient times, the Japanese food was painted down with the term “five flavors, five colors, and five ways of preparing”: five tastes – sweetness, sourness, spiciness, bitterness, and saltiness; five colors – white, yellow, red, green, and black; five types of preparation – raw, boiled, baked, fried and steamed. Therefore, we are talking about delicatessen food, in which, in addition to taste, great importance should be attached to the scents and colors.

What you may not know, and what I founded when I went there is that the taste of some of the Japanese food is really difficult to describe. Then I found that the last registered, the fifth category of taste is defined in Japan. It`s called umami. This mild, juicy, sweet-sour, lasting aftertaste could be found in many foodstuffs, and it is a common taste in Japanese cuisine – due to the abundant use of raw foods.

Okay, so now I will try to present you with something other than sushi. I am not going to talk about rice, not even about raw fish.

First would be: Japanese art of making lunch 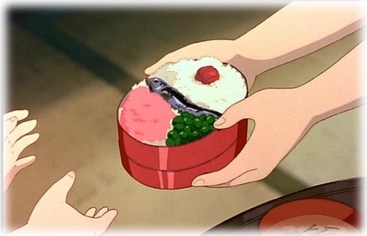 Bento, Japanese lunch, has a long history in Japan. In fact, even the samurai had a special technique for bento and it was believed that this is an essential part of the preparation for the battle. What is so special about this lunch? It is not only tasty but also very healthy and eye-catching, served in an excellent way. Usually, it is a home-packed meal, that Japanese people tend to carry around in lunch boxes.

Very popular among all generations in Japan, from children in kindergarten through high school students and workers. Today these lunches, made in a special, cute way, took the title kyaraben. Kyaraben is typically decorated to look like popular characters from Japanese animation (anime), comic books (manga), or video games. Another popular bento style is oekakiben or “picture bento”. This is decorated to look like people, animals, buildings, and monuments, or items such as flowers and plants.

These bentos are very popular – it’s all about the technique of making cute characters from food, and arranging it into the box. There are even national competitions for the best obento.

Although I cannot help you too much with tips on how to make one of that extremely cute bentos for yourself, I can make you impressed with this type of Japanese art. While I was working in Japan, that was the only thing I could do during the meal – sit and be impressed how parents can be imaginative and creative. Here are some of them: Second: recipe for one of my favorite Japanese dishes

It is one of the most popular Japanese dishes, as well – Okonomiyaki. Some would describe it as a Japanese pancake, while others call it Japanese pizza. It is not difficult to make okonomiyaki, but, certainly, it might be difficult to get all the ingredients. Actually, the possibility for the filling and topping choices are endless, which is why this dish in Japanese translates to “fry as you like”(okonomi – favorite, yaki – fried). You can choose an infinite number of ingredients – what you want at that moment or what you currently have in the fridge: it depends if you gonna choose to put any kind of meat, bacon, sausages, or seafood, or just nothing of these but just vegetables. All in all, I tried the best way to adapt this dish to our stores (although I will mention real Japanese ingredients). Here are some photos from last year okonomiyaki party: 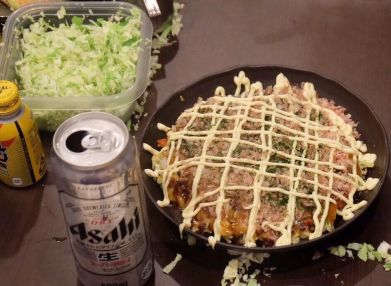 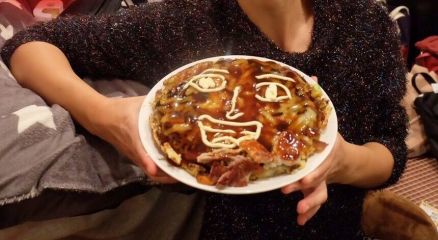 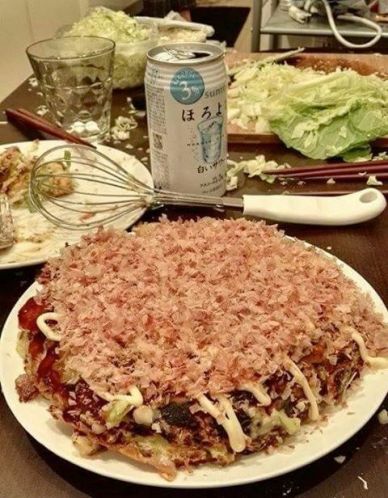 Okonomiyaki sauce – has a gently sour taste. In Japan, you can buy it in any shop, but I found a recipe on how to make it by yourself:

* As a decoration on a “real” (Japanese) okonomiyaki goes katsuobushi. It is shaved flakes of fermented and smoked tuna. It’s a super umami-rich ingredient. These flakes are super paper-thin – when you sprinkle on top of the okonomiyaki, they dance along with the steam.

Yellow minute of TiranaMeet the Foxes