One day in Nara 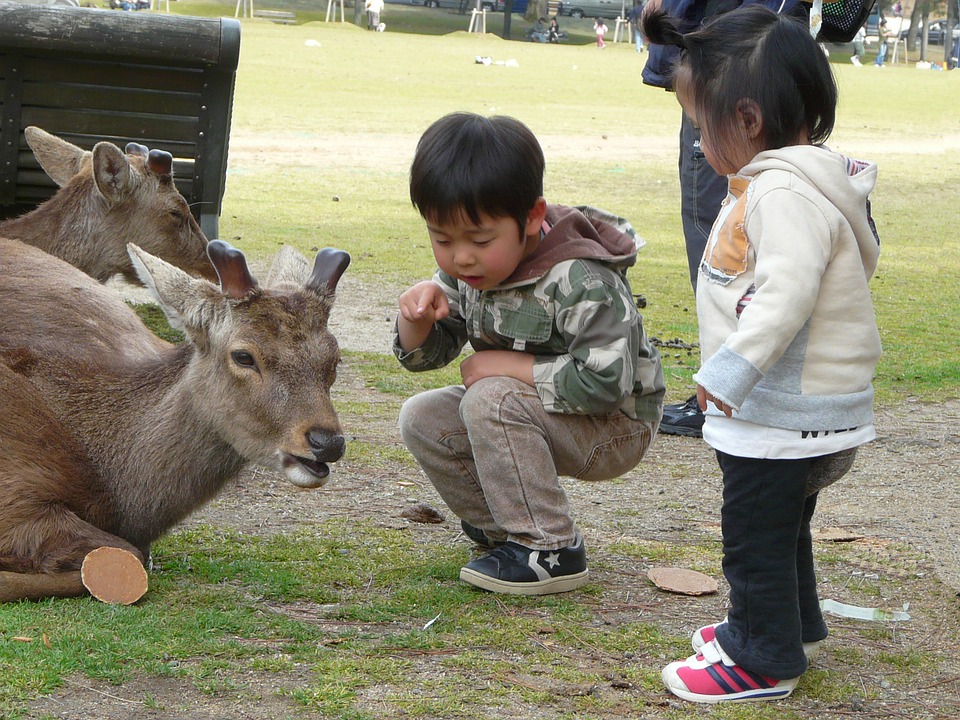 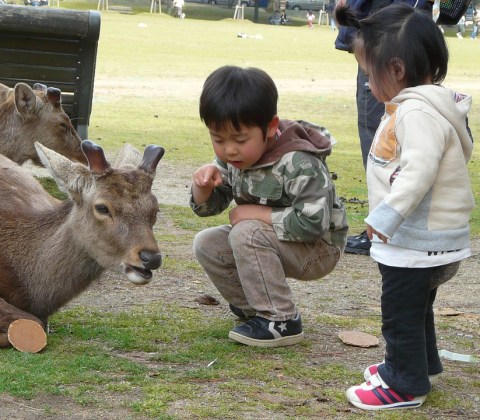 I was sitting in the common room of a nearby hostel, eating toast with jam and I was thinking where to head in the next hour. It was the fifth day of my solo trip. I bought a one-way ticket for the Kansai region, and at that moment I knew that that was the right decision. It was also my first solo trip. Sitting in that hostel while feeling like I had reached the pot of gold at the end of the rainbow. I cannot believe that I had been so afraid of traveling alone. It all turned out to be simple, safe, and easy. Honestly, a couple of times before the trip, I was questioning myself, and back then traveling solo sounded scary, especially because I am a woman, fed with a lot of kind of fears. From the risk of having no one to share the experience with, to the fear of looking like a loser – all seemed to me like valid concerns. However, there was no way to miss an amazing experience, and I knew that at any moment. I’ve encountered so many amazing women out there doing the very same thing, some of whom are as young as 18 or 19 years old.

Now I do understand that people do not travel alone because they can not find a friend to go with – it`s because they got tired of waiting for the perfect companion and just went. Then, as they find out there are many personal benefits to it, it typically becomes the preferred mode of travel. The same happened to me. On the other hand, when you get tired of loneliness you can easily find someone who feels the same – that unknown person who is always the sweetest satisfaction.

That’s just what happened to me that morning. Seeing a few of them that are gathering to go somewhere else than Kyoto, I came running up to them and asked where are they heading to. Their little family made only a few minutes earlier, was completely generous to the adoption of new members, and in a few minutes, without any larger plan, the four of us went to Nara.

Nara is a city located near Kyoto and was the capital between years 710 and 794. The capital was relocated to Nara by former Empress Genmei, who took over the throne for a short time because the future heir has not reached maturity yet. Genmei was the fourth of eight Empresses in Japanese history. After her, the throne was inherited by her daughter Gensho – which is a precedent in the Japanese customs and the only example as such. During her reign, at her command that the history of Japan must be written, in the year 720. they issued a work named Chronicles of Japan (Nihon Shoki 日本 書 紀) – the second oldest book of classical Japanese history) suggests that “Nara” was derived from narasu (to flatten, to level). However, there are much doubt on the veracity of these claims, because there is the idea that Nara is a loanword from Korean nara (나라 : country, nation, kingdom). 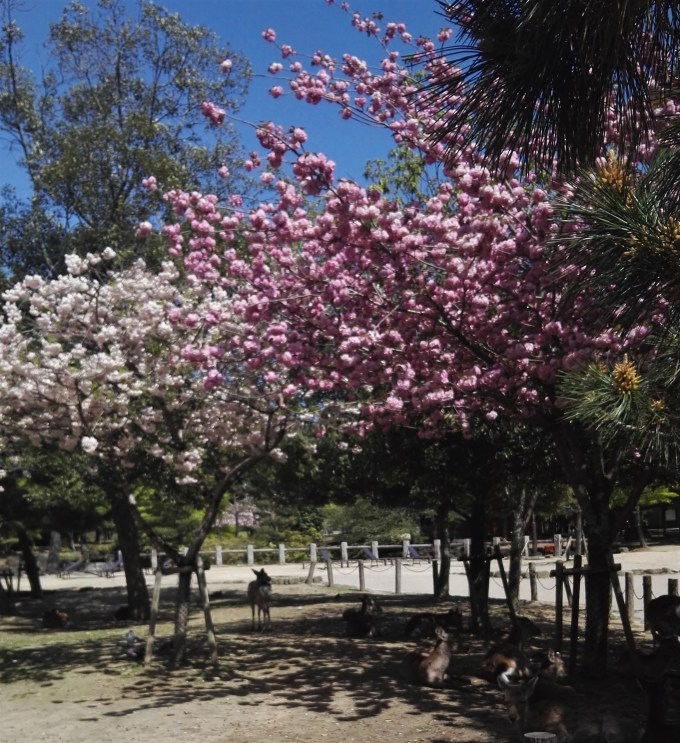 Empress Gensho has remained in power until 724 when the male heir took the throne of the imperial lineage. However, this does not end the reign of women. In the year of  749. Emperess Koken is coming on the throne. She remained in power until the year 758. The same woman, only with a different name – Shotoku regains the throne in 765. This was a very important period in Japanese history because of the success of female rulers, the development of women’s literature, but also because of the spreading of Buddhism.

Today, Nara is known as the “dream destination”, and was put on UNESCO’s World Heritage Site. It includes eight temples, shrines, and ruins and it is famous because this city has a lot of deer, which have historically been considered as a city`s and protectors of palaces, and today a large number of these animals are walking free in the streets. 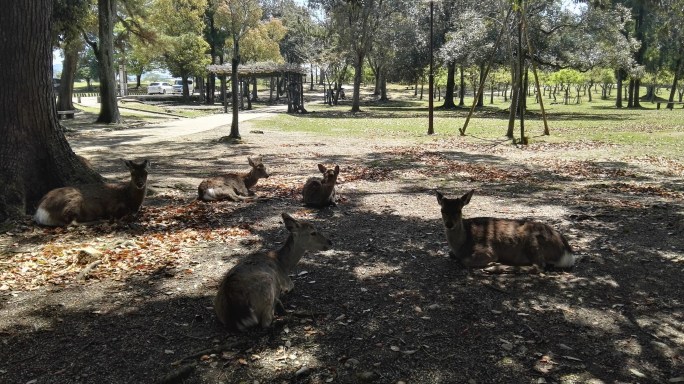 According to the mythological history, god Takemikazuchi led the royal family in Nara on a white deer. Since then, the deer have been regarded as heavenly animals, protecting the city and the country. Today there are around 1,500 sika deer in Nara, also known as spotted deer. Of course, these animals are accustomed to human ubiquity, but these are still wild animals, so all around the city, you can find picturesque signs that remind us that these animals can bite or prick off and that we should be careful. You don’t need to run around after them, especially if you buy special dear crackers (sika senbei). They will approach without the fear, and some of them will hardly give away. 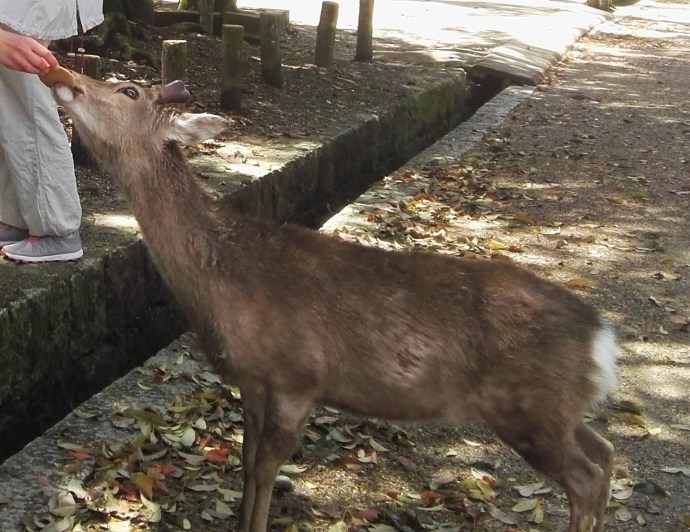 After several hours of playing with deer, our small team had just enough time to visit the famous Great Eastern Temple (Todaiji 東大寺), to have a quick lunch, and then to separate again, everyone on another side of the crossroad. 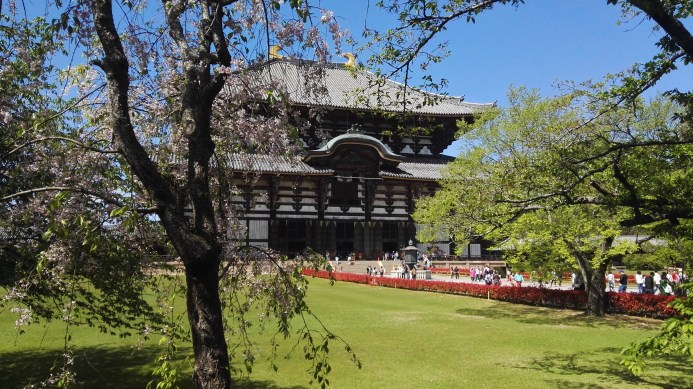 Namely, this temple is a Buddhist complex. In its central place, there is the hall occupied by the largest bronze Buddha in Japan, 16m high. 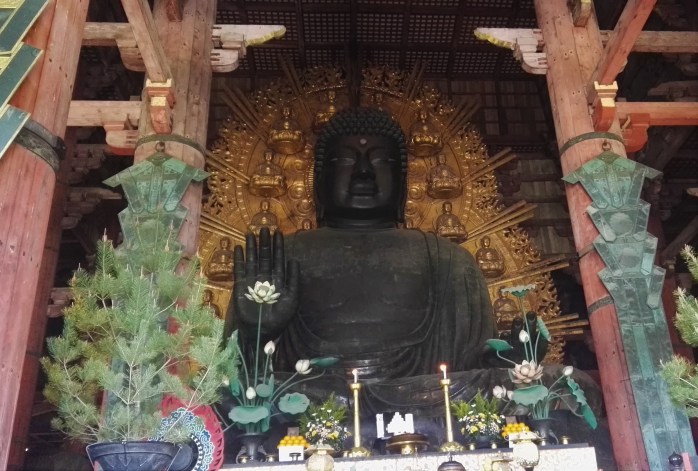 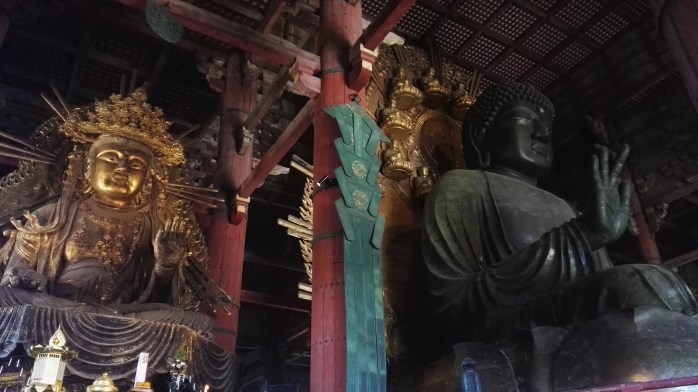 On the south gate near the temple two guards like a samurai, with their about 8.5 meters height, scared us. These are Nio, Buddha`s guardians, an A-un pair. 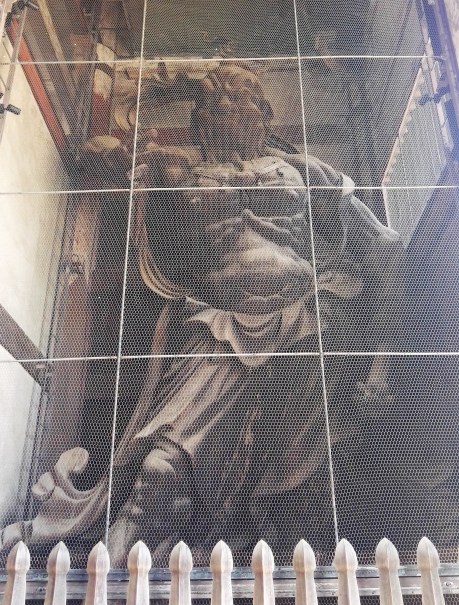 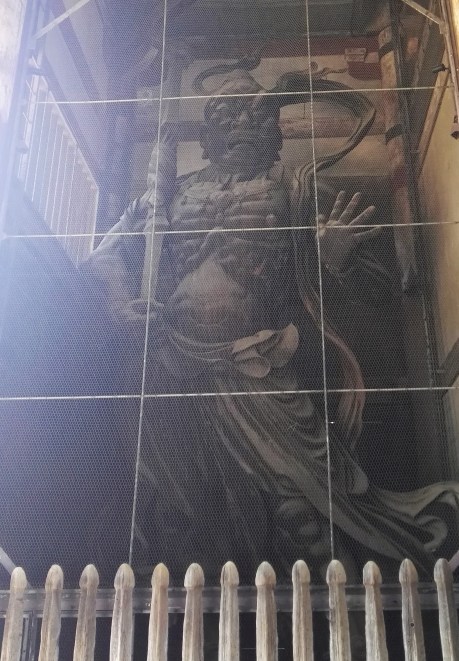 Before saying goodbye, we were running through the station to get a good, cheap memory – a cute deer stamp. Actually, I have just stumble upon mine, that is why I got so emotional and decided to write a new post about a one-day in Nara, although it was a year ago. 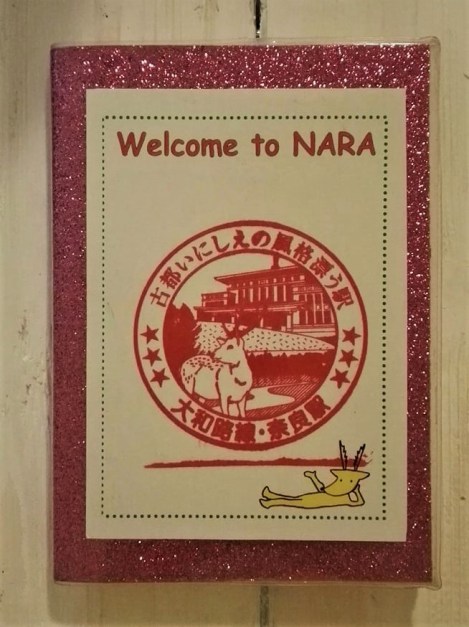 What are those stamps? Shortly, Japan loves stamps. The stamping industry is serious business, but they made fun with it too. This evolved into using stamps for tourism purposes. And that’s when the station stamp, or eki stamp, was born. Most stations across Japan have a stamp…and each one is different. As soon as “Welcome to Nara” perfectly memorized this day in four notes, we hug each other and separate again, everyone on each side of the world.

Essay about smileOnce upon a time now